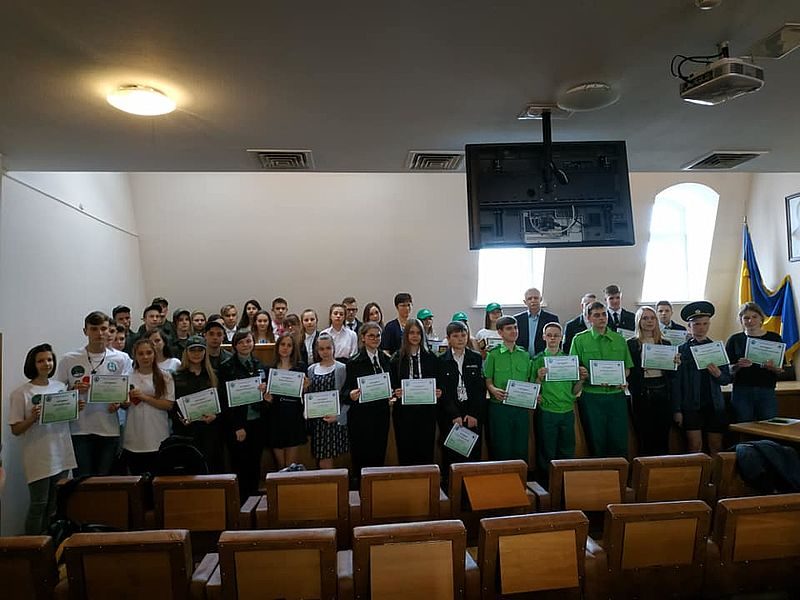 14th of May  a national stage of international contest “Young Peoples in European Forests” was conducted by State Forest Resources Agency of Ukraine and the Association of Foresters Ukraine.

At national stage there were three components of the contest on:

The first place were taken by team from the Kirovograd region composed by: Kryzhanovska Yuliia, Balabushka Viktoriia and Shtunder Iryna.